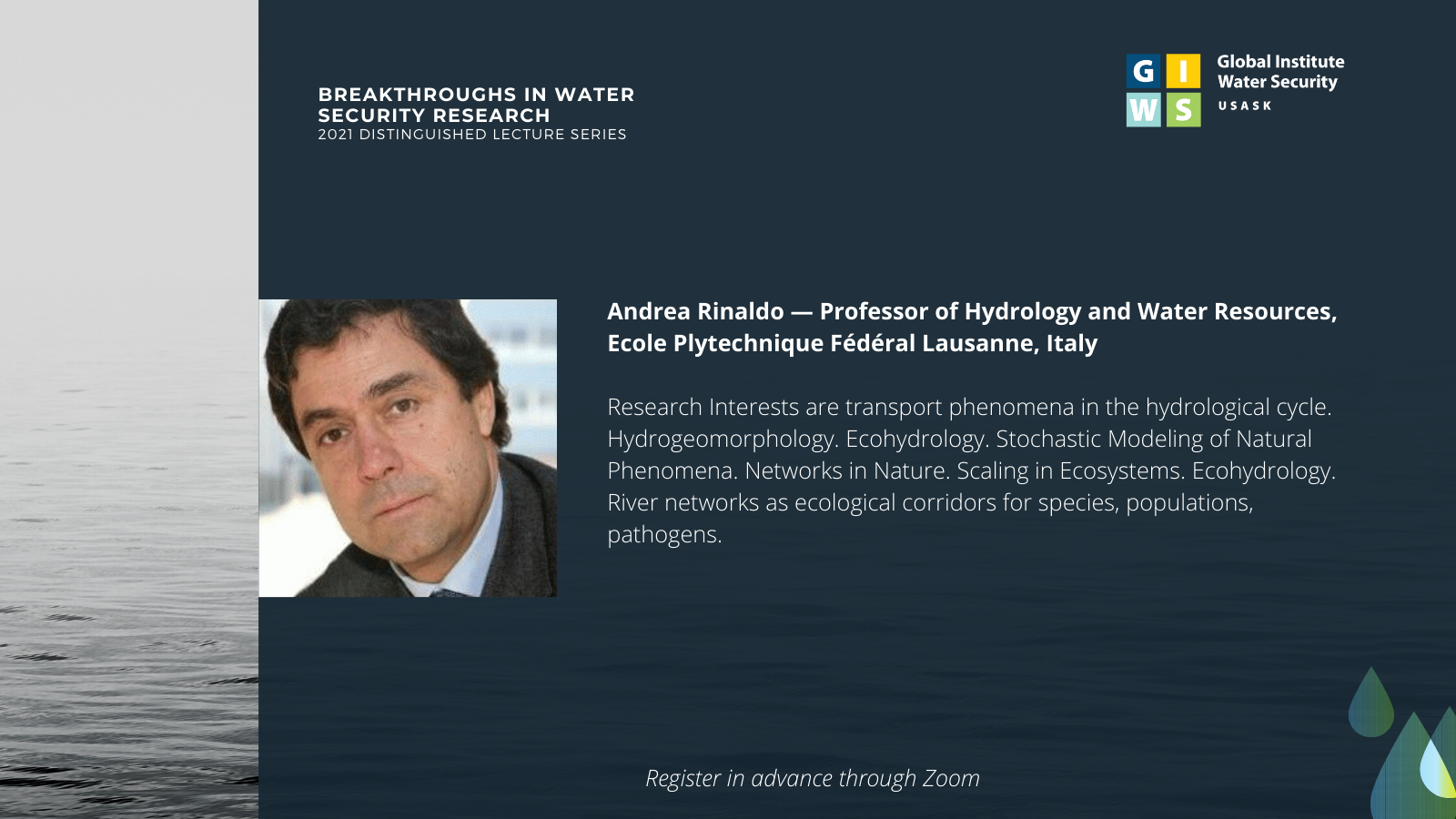 This talk draws together several lines of argument to suggest that an integrated ecohydrological framework, which blends laboratory, field and theoretical evidence focused on hydrologic controls on the biota developed in my ECHO Lab at EPFL, has contributed substantially to our understanding of the function of river networks as ecological corridors. This function is relevant to a number of key ecological processes. These processes control the spatial ecology of species and biodiversity in the river basin, the population dynamics and biological invasions along waterways, and the spread of waterborne disease — thus affecting safe drinking water for still large populations worldwide. As revealing examples, here I shall describe metapopulation persistence in fluvial ecosystems, metacommunity predictions of fish diversity patterns in large river basins, geomorphic controls imposed by the fluvial landscape on elevational gradients of species' richness, zebra mussel invasions of an iconic river network, and the spread of proliferative kidney disease in salmonid fish. My main tenet is that ecological processes in the fluvial landscape are constrained by hydrology and by the matrix for ecological interactions (the directional dispersal embedded in fluvial and host/pathogen mobility networks). Accounting for these drivers requires spatial descriptions that have now produced a remarkably broad range of results which are worth being recapped in a context illustrating the coherent framework that produced them. In brief, the overarching theme of my talk is an investigation on how the physical structure of the environment affects biodiversity, species invasions, survival and extinction, and waterborne disease spread.

This lecture is part of the GIWS Distinguished Lecture Series 2021. Click below for more information on the series, including a full schedule and an archive of previous years.