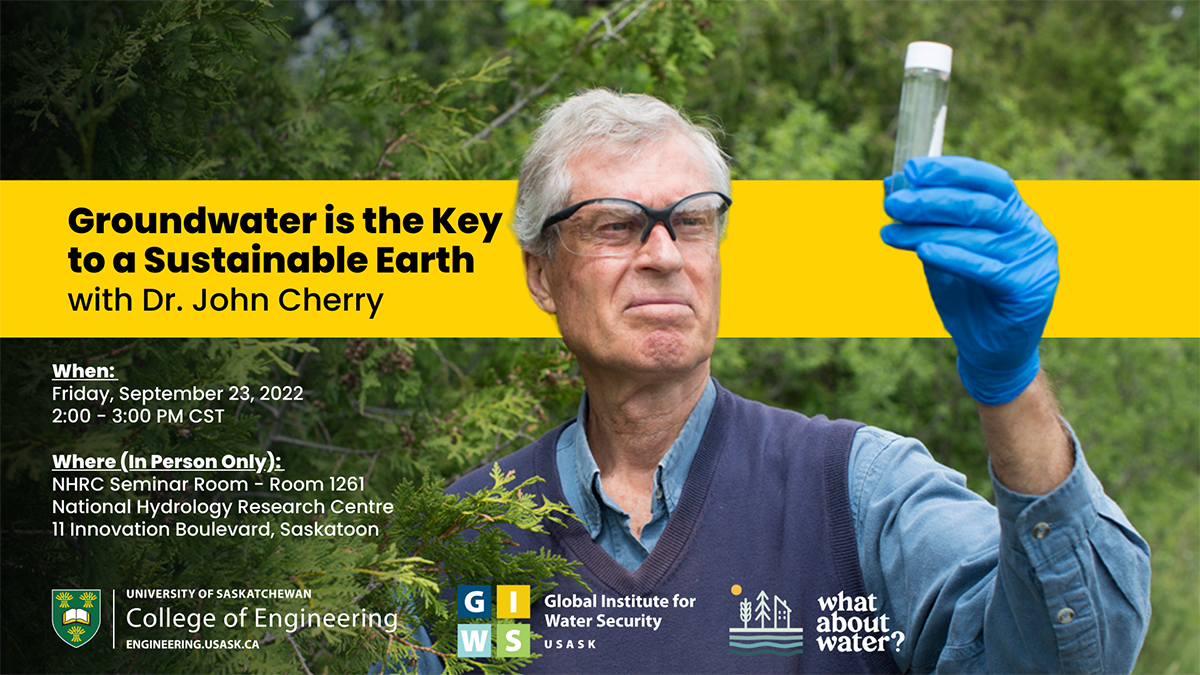 The Global Institute for Water Security, What About Water, and the College of Engineering at the University of Saskatchewan are proud to present a talk by Dr. John Cherry! The talk will consist of a 30-minute lecture from Dr. Cherry, followed by 15-20 minutes of questions and answers, hosted by Dr. Jay Famiglietti.

Groundwater is the Key to a Sustainable Earth
John Cherry, Leader of the Groundwater Project
Recipient of the 2020 Stockholm Water Prize and
Lee Kwan Yew Water Prize, 2016

The concurrent deterioration of freshwater, soil, forests and oceans, compounded by climate effects, has put Earth on a perilous trajectory. Anthropogenic greenhouse gas emissions are perceived as the overarching threat, but this distracts us from what is more essential to survival in the shorter term. Our focus should be freshwater, groundwater in particular, because 99% of freshwater is groundwater. Freshwater is diminishing. One third of the planet’s largest aquifers are already depleted beyond recovery within centuries. Because 70% of global irrigation relies on groundwater, the depletion of aquifers puts global food security in jeopardy, at the same time as soil productivity is shrinking partly due to irrigation-induced salinization. Technological solutions available to the most affluent nations may overcome these issues and ensure clean water and food for a small, privileged segment of the global community.

The most urgent water crisis affects the more than 2 billion people who live in water poverty. This number is growing as global population is forecast to rise from 8 to 10 billion in the next 50 years. Most water poverty is rural and the only hope for eradicating water poverty is the drilling of tens of millions of properly constructed wells, mostly small household wells, along with household rain harvesting and point-of-use treatment. Attempts are being made to reduce water poverty but the rate of drilling in rural areas is too slow to reverse the trend. To solve rural water poverty, the wells only need to be small and drilled with lowest cost methods; these wells will not be capable of depleting aquifers. Each well need only pump a few thousand liters per day for drinking and sanitation for each family or family cluster.

Of course, many factors are behind today’s environmental crisis, including rising greenhouse gas emissions, but freshwater—and therefore groundwater—is most fundamental and urgent because it is the most basic requirement for humans, along with food. Unfortunately, there is little public or political awareness of groundwater and the capacity of the expert groundwater community in most countries to solve groundwater problems is limited. The Groundwater Project (gw-project.org) is an innovation aimed at increasing awareness and providing a framework for capacity building and problem solving, but many other innovations are urgently needed to reverse the trajectory. 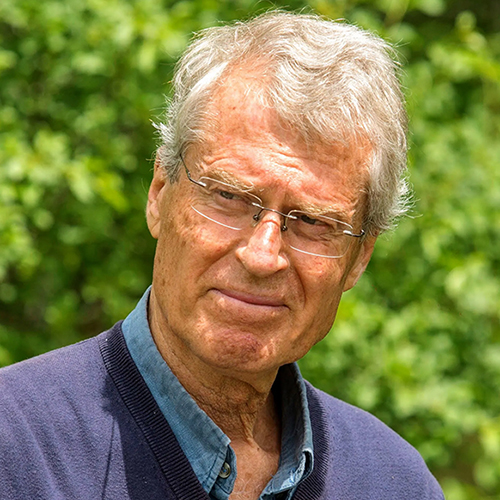 John A. Cherry holds geological engineering degrees from the University of Saskatchewan and University of California Berkley, and earned a Ph.D. in hydrogeology from the University of Illinois. He joined the faculty at the University of Waterloo in 1971 for field research on the migration and fate of contaminants in groundwater and their remediation. He retired from Waterloo in 2006, but he continues research as a Distinguished Professor Emeritus. He co-authored the textbook Groundwater with R.A. Freeze (1979) and co-edited and co-authored several chapters in the book Dense Chlorinated Solvents and Other DNAPLs in Groundwater (1996). He has participated in the development of technologies for groundwater monitoring and remediation, co-holds several patents, is a Fellow of the Royal Society of Canada, and has received awards from scientific and engineering societies in Canada, the United States, and the United Kingdom. He held the Research Chair in Contaminant Hydrogeology at the University of Waterloo from 1996 to 2006 and is currently the Director of the University Consortium for Field-Focused Groundwater Research. Dr. Cherry is also a principal investigator at the Morwick G360 Groundwater Research Institute and an Adjunct Professor in the School of Engineering at the University of Guelph.