This article originally appeared in The Saskatoon StarPhoenix on August 1. To view the original, click here.

It used to be known as the muskrat capital of the world, he said. The moose capital too.

The Saskatchewan River Delta, at 10,000 square kilometres, is the largest inland freshwater delta in North America. It’s a major stopover point for migratory birds, while many others are hatched there and fly to other areas. It’s a spawning area for sturgeon and other fish.

Carriere’s traditional livelihood as a fisher and trapper has suffered over the years; Cumberland Lake used to be 22 feet deep and today it averages only three feet, he said.

“Losing that much volume of water, you’re going to see a decline in many species,” he said.

“It makes me feel sad because I know our way of life is dying because of the marsh dying.” 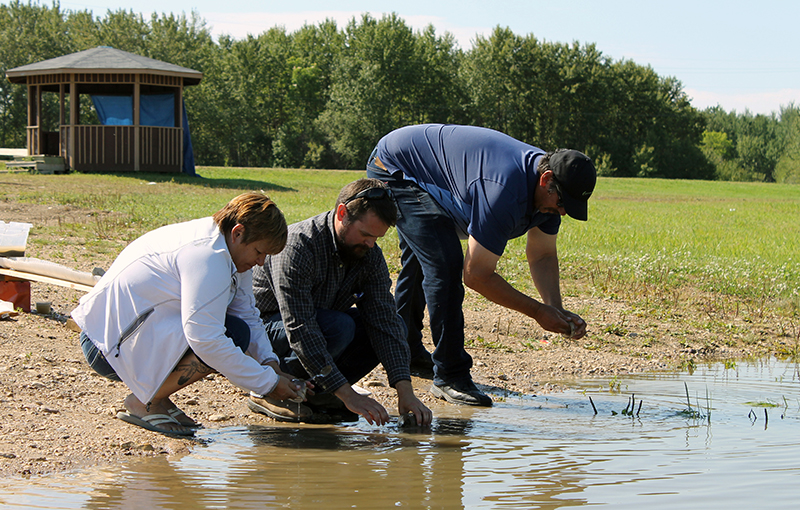 That’s why he has enlisted the help of University of Saskatchewan researchers such as Graham Strickert, associate professor with the School of Environment and Sustainability and the Global Institute for Water Security.

Less water is coming downstream due to demand for irrigation, drinking water and industry, Strickert said.

A series of dams all the way to the Rocky Mountains, where the river starts, is also a factor, he added.

“Normally the water would come up slowly in the spring and flood the delta and then come down slowly. But now because there are control structures on the river — which society benefits from in terms of being able to produce electricity as well as a limited amount of flood control, so it’s not a one-sided issue by any means — the timing of the releases, the timing of the flows of the river are almost reversed.”

That reversal creates double ice layers which affect mammals. Dams also trap sediment, so the entire system is less able to replenish sediment to those areas that need it, Strickert said.

One of Strickert’s colleagues, Tim Jardine, has found the wetlands that used to connect to the river now connect less often, which affects the whole ecosystem.

“In a flood year, the fish would swim off into a little wetland or a pond and then if that river doesn’t connect again the fish can’t get back out of that pond so sometimes you’ll have fish that get trapped in those places,” Strickert said.

The delta is also important to the cultural traditions of the people who have been there for thousands of years, Strickert said.

Carriere, who also operates a hunting and fishing lodge, wants to educate the government and the public about the delta and its challenges, “hoping people will hear and support us and help us to try and prolong and preserve this beautiful gem.”