Media features GIWS work with Cumberland House
The Saskatoon StarPhoenix has published an article highlighting the work of GIWS members members Graham Strickert and Tim Jardine, who have been coordinating in efforts to research the Saskatchewan River Delta with members of Cumberland House. The article has been re-posted on the GIWS website, and can be viewed at its original source here.

GIWS Places First in Dragon Boat Division
Congratulations to Team Geewiz, which represented GIWS at the Saskatoon Dragon Boat Races this past weekend and placed 1st in its division!

In addition to showing great athletic skill, Geewiz raised $1,197 in fundraising in support of Ronald McDonald House and the Children's Wish Foundation.

Nik Aksamit, who is studying alpine boundary layer turbulence and snow transport, was selected as the recipient of the 2016 Robert Falside Stoddart Memorial Scholarship by the College of Graduate Studies and Research at the University of Saskatchewan.

Phillip Harder, investigating the impact of agricultural management on prairie snowmelt hydrology, won the Bert Tanner Award for outstanding student presentation (sponsored by Campbell Scientific Canada), awarded by the Canadian Society of Agricultural and Forest Meteorology at a meeting of the American Meteorological Society in Salt Lake City.

Both students are supervised by John Pomeroy, director of the Centre for Hydrology and GIWS member.

The Saskatchewan River Delta is facing a serious decline in ecological health, according to GIWS researchers, a condition that has dire implications for the residents of this biologically diverse area.

These topics are to be discussed at the upcoming Delta Stewardship Symposium. The event will also feature a symbolic ceremony where sediment from Lake Diefenbaker will be deposited into the Saskatchewan River Delta.

The Delta Stewardship Symposium takes place on Thursday, July 28 from 10 am to 7 pm at Veterans Hall, Cumberland House. 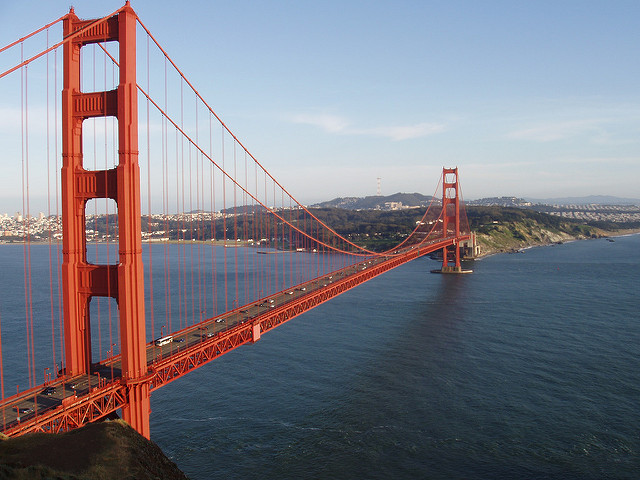 GIWS stands out at annual AGU
There's a great turnout for GIWS at this year's American Geophysical Union fall meeting, taking place December 12 - 16 in San Francisco, as Howard Wheater, Jeffrey McDonnell, Karl-Erich Lindenschmidt — and many more — will all be on hand to host sessions on a multitude of subjects.

The accepted sessions are as follows (GIWS members in italics):

For a complete listing of sessions please visit the AGU website.
GIWS members to host session at AGU in San Francisco
Luis Morales-Marin, Howard Wheater and Karl-Erich Lindenschmidt have had a session accepted to the 2016 AGU Fall Meeting in San Francisco. The session, titled Nutrient transport in large river catchments: Impacts of climate and land use changes, will explore the way that climate and land use changes modify the physical functioning of river catchments and influence the transport of nutrients from land to water. For further details, visit the AGU online.

Mitacs Elevate fellowship awarded to SENS postdoc
SENS postdoctoral fellow Chrystal Mantyka-Pringle has been awarded a Mitacs Elevate Postdoctoral Fellowship and will be taking it up in January 2017. The project is on wetland conservation and policy under climate change and land-use change in partnership with Ducks Unlimited, Environment Canada, GIWS and the Canola Council of Canada.

Looking Back, Looking Forward with Douglas Clark and Indigenous Conservation Sciences
Douglas Clark, Centennial Chair in the School of Environment and Sustainability and Global Institute for Water Security member, is helping to organize Looking Back, Looking Forward, Topics in Indigenous Conservation Sciences.

The event, led in partnership with Edith Leoso of the Bad River Ojibwe Tribe and Jessie Conaway from the University of Wisconsin's Nelson Institute for Environmental Studies, takes place during the 2016 North American Congress for Conservation Biology (NACCB). It will be a day-long symposium and workshop focused on exploring the potential for collaboration between researchers and Aboriginal Peoples, and how working together can lead to innovations such as stronger policy and better educational methods. Visit the GIWS website to read more.
Colin Whitfield joins the SENS team!
It gives us great pleasure to announce that GIWS member Colin Whitfield has accepted a position at the School of Environment and Sustainability. He will start on September 1, 2016.

Colin is a catchment hydrochemist and will have an office at GIWS. He has appeared in the media as recently as last week, when he discussedthe effects beavers have on the global climate.

Please join us in congratulating Colin!

MOST Facility Officially Opens its Doors
The Mine Overlay Site Testing Facility officially opened its doors this month, when researchers met with media to display some of the exciting technologies the site has put at their disposal. Also on-hand were Jeff McDonnell, associate director of the Global Institute for Water Security, and U of S Vice-President Research Karen Chad, who discussed the unique opportunities the facility brings to campus.

The events was also featured in the media, including articles in the StarPhoenix and MBC.
Bram Noble makes headlines discussing pipeline conflicts & First Nations
GIWS member Bram Noble was featured in several Canadian media outlets last week. Bram discussed a paper he recently authored on Aboriginal engagement during assessment of major projects, such as pipelines, specifically looking at eight cases from across the nation. For more information, visit the Globe & Mail, CBC or the Western Star. The paper in question can be viewed in full here, and was also featured on theMacdonald-Laurier Institute website, where it was published.


Jill Johnstone's research with NASA featured in Canadian media
Jill Johnstone was featured in the CBC this past week, where she discussed the work she and a team of researchers from NASA, called the Arctic Boreal Vulnerability Experiment, have been taking part in near La Ronge. The goal is to discover how much carbon was emitted during the forest fires which swept through the area last year.
GIWS to host the Secretariat of the Water Future Canada Hub
The Global Institute for Water Security, based at the University of Saskatchewan, will host the Secretariat of the Water Future-Canada Hub. This is an exciting development as the hub will be the first one based in North America, offering the opportunity to expand on water research at a higher capacity, and lead the way in further expanding the newly formed WATER FUTURE network. For more information, visit the GIWS website here.
IMII Invests in U of S Engineering Research Featuring GIWS Member
The International Minerals Innovation Institute (IMII) and University of Saskatchewan (U of S) are teaming up to advance knowledge of deep groundwater systems. Grant Ferguson, associate professor in the U of S Department of Civil and Geological Engineering and GIWS member, is lead investigator of the project.

Visiting Professor at GIWS
Paolo Burlando visited GIWS July 4 – 14, taking up office at NHRC 1221. His research covers many fields, including work as an individual and group leader in water resources planning and management, rainfall field analysis and hydrologic extreme forecasting and prediction, among others. Please join the rest of the GIWS in welcoming Paolo to NHRC.
Howard Wheater of GIWS speaks on water security at international lecture series
Howard Wheater, Canada Excellence Research Chair in Water Security, director of the Global Institute for Water Security and SENS professor, delivered a talk entitled “Water security and the science agenda" at the 2016 Schultz Oration & Flinders Gold Series Public Lectures at Flinders University in Adelaide.

The talk proposed a large-scale catchment-based observatory can be used to achieve the goals of trans-disciplinary science integration, inclusion of humans and their activities as endogenous components of water resource systems and translation of science products into user-focused decision.

Later this month, Wheater will be on hand at 2016 Cuahsi Biennial Symposium to deliver an address entitled Integrated Observation, Prediction, and Management of Water Resources in a Changing World: Big Data Opportunity or Paradox? That event takes place on Tuesday July 26 at the National Conservation Training Center in Shepherdstown, West Virginia, USA.