Marmot Creek Research Basin was established as an experimental basin in 1962 by the Governments of Canada and Alberta, as part of the International Hydrological Decade. It became an outdoor research laboratory to investigate the principles of mountain hydrology and the influences of forest management on streamflow generation, under the leadership of the Canadian Forestry Service. This program was closed down in 1986, on development of the Nakiska Ski Resort. 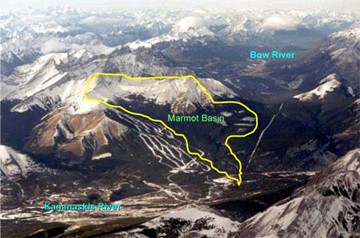 In 2005, the basin was reactivated by the University of Saskatchewan, University of Calgary and Environment Canada: since then it has supported a wide variety of research in process hydrology, climatology, ecohydrology and hydrological modelling, underpinning the next generation of models and forest-management strategies.

The Coldwater Laboratory was established in 2009 at the nearby University of Calgary Barrier Lake Field Station, to maintain and develop research momentum in the basin. With its long-term records of high altitude streamflow, precipitation, snowpack, groundwater, vegetation and mountain meteorology observations, it continues to provide a unique asset to support the improved understanding of environmental change in the Canadian Rockies. Projects currently focus on mountain snow processes, hydrochemistry, hydrological and hydrogeological modelling (including analysis of hydro-climatic trends and sensitivity to climate change), and the hydrological impacts of changes in forest cover.

To mark 50 years since the basin's establishment, a workshop was held in February, 2013, with the participation of a wide range of contributors to its research activities over this time: full details of speakers and their presentations are available from the link below. 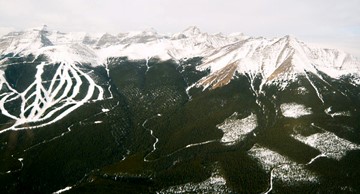 In December 2016 the Coldwater Laboratory moved its main office to #116A, 1151 Sidney Street, Canmore, AB

Marmot Creek, a tributary to the Kananaskis and Bow river systems, runs through a classic headwater catchment in the Rocky Mountain front ranges, at elevations between 1450 and 2886m above sea-level. The basin, which is approximately 10km² in area, encompasses high alpine, sub-alpine and montane terrain, ranging from bare rock and talus, through tundra and sub-alpine to dense forest. It receives more than 600mm of precipitation annually, 70% of which falls as snow, with 50% runoff.

The basin is instrumented with permanent Automatic Weather Stations in a range of elevations, surface types, slopes / aspects, a network of groundwater wells, and streamflow gauges.

Measurements of snowfall and rainfall, evaporation, soil moisture, soil freezing, snowmelt, radiation, wind speed, air temperature and humidity, and surface temperatures are taken every 15 minutes at these sites. Many are provided in near real-time here.